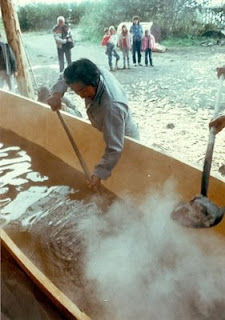 has posted online scans of a photo album showing e. These scanned images can be viewed by clicking here. 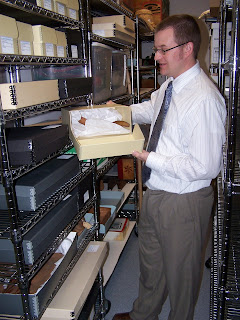 The expanded , located on the third floor of , includes a library that houses books on Tlingit, Haida and Tsimshian cultures, a reading room with computer access and a storage room for the institute’s historical documents, recordings and cultural objects. The new facility is part of an effort to encourage research of Southeast Alaska Native cultures, said SHI President Rosita Worl.

“We’re hopeful we’re going to see some PhD dissertations, and we’re going to have educational material that’s developed from the studies that might be done as a result of our collections.”

The facility houses more than 3,000 publications, approximately 20,000 photographic images, roughly 300 cultural objects, nearly 2,500 media items (such as video and audio recordings), and more than 750 linear feet of manuscript material (such as personal diaries, correspondence and meeting minutes) that document the history, culture, heritage, and language of Southeast Alaska Native people.

The collections are cataloged in binders, which are available to patrons. SHI also is developing an online searchable database to make it easier to research the holdings. The facility is a closed-stacks research center, meaning the materials cannot be checked out because of their rarity and special nature, a common practice for archival operations. Patrons may request materials and review them onsite.

The center is open 8 am – 4:30 pm weekdays (closed from noon-1 pm) and managed by professional archivist Zachary Jones. The project was funded by a grant from the and Library Services, Sealaska Corporation and SHI.

SHI is a Native nonprofit established in 1981 to administer educational and cultural programs for Sealaska, a regional Native corporation formed under the Alaska Native Claims Settlement Act. The institute’s mission is to perpetuate and enhance Tlingit, Haida and Tsimshian cultures. Language revitalization is a priority of SHI.

Open and Ready to Serve

I wanted to make the announcement that ’s move and construction is complete, we have a new Reading Room and more accommodating facility. While we are not a large operation, we invite all those interested to stop by and see our enhanced facility. We especially want to make contact with students, scholars, or anyone interested in using our holdings; we want our materials to be used. For university students we have holdings we feel could easily provide ample source material for thesis and dissertations.

Regarding our new facility, it consists of a more accommodating research area or Reading Room, comprised of a room for patrons to come and conduct research at a workspace and obtain computer access to search our collections. We need this space since we are a closed stacks research center, meaning our materials can’t be checked out because of their rarity and special nature (this is the common practice for archival operations, such as at the Alaska State Library Historical Collections Division). Having this area allows patrons to gain front row access to our special holdings. Additionally, we plan to use the Reading Room to host other small educational events and engage with the researcher community.

As for location, our new Reading Room will remain on the third floor of the (address: , ), but we moved to the east end of the building. We are open from Monday to Friday 8 am to 4:30 (closed during the lunch hour, or if staff are absent). All in all, this is a great improvement through which we hope to better serve the public.

Importantly, funding for this project came through three main organizations. Generous funding and action occurred on the part of the Sealaska Heritage Institute, which funded the purchase of furniture and office supplies as well as the general activities of the department. Next, generous funding for this came through the Sealaska Corporation, which funded the expensive construction work to create the Reading Room and provided IT support for computer setup. Lastly, a substantial portion of this operation occurred because of funding from the Institute of Museum & Library Services, a granting agency which funded the purchase of Reading Room furniture, collection shelving, and computers, and provided financial assistance for the to accomplish the planning and operation of the whole endeavor. All in all, we couldn’t be more pleased and are excited to see the public use our materials. 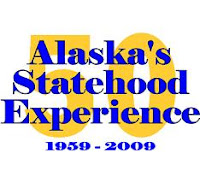 Sealaska Heritage Institute (SHI) has received a $100,000 grant to research Native perspectives during the fight for statehood and to tell the story from the Native point of view.

The two-year grant from the Alaska Humanities Forum will fund a statewide effort by Native scholars and leaders to interview elderly Native people who were active during the statehood era and to research archival materials.

The project, A Retrospective Analysis of Alaska Statehood from a Native Perspective, will initially result in an electronic publication, said SHI President Rosita Worl, noting the institute will raise funds to print the book later. The effort will finally add Native voices to the history of statehood, said Worl.

“We’re very excited that we’re going to have an opportunity to have Alaska Native people tell the story of statehood from their perspective. It’s very exciting to us. It responds to an unmet need,” said Worl, a Tlingit who holds a PhD in Anthropology and will serve as project director.

The late Native leader Frank Peratrovich was a delegate to the constitutional convention and active in the Alaska Native Brotherhood (ANB), a nonprofit fraternal organization founded in 1912. During the statehood era, the ANB was fighting to secure citizenship for Native people, but it’s unclear how Native people felt about other issues, such as subsistence, maintaining cultural identity and land claims. The constitution did not address the legal rights of Native people, setting the stage for later battles over land and subsistence. The project will explore whether Native peoples’ views paralleled or conflicted with the framers of the constitution, Worl said.

“Were they at that time looking at the legal status of Native people that would actually set us apart from the other citizens of the state? Those are questions we really need to look at and answer,” Worl said.

Some of the research will be derived from historical materials archived at SHI’s . Materials include the Dr. Walter Soboleff Collection, twenty boxes of historical papers that document activities of the ANB from 1929 to 1995, and the even larger Curry-Weissbrodt Collection, which documents the struggle for the legal rights of Alaska Natives prior to, during and after the statehood period. The interviews will be conducted with Native people identified through the Alaska Federation of Natives network. In addition, non-Natives who were actively involved in the statehood discussion will be interviewed about the issues that were not addressed in the constitution.

SHI is a Native nonprofit established in 1980 to administer educational and cultural programs for Sealaska, a regional Native corporation formed under the Alaska Native Claims Settlement Act. The institute’s mission is to perpetuate and enhance Tlingit, Haida and Tsimshian cultures. Language revitalization is a priority of SHI.