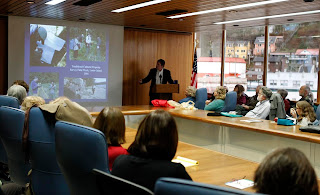 The brown-bag lunch series will focus on the impact of the Alaska Native Claims Settlement Act (ANCSA) which was passed by Congress forty years ago, said SHI President Rosita Worl, adding Tlingit and Haida and Sealaska Corporation also will sponsor a November luncheon in recognition of ANCSA.

Alaska settled its Native land claims in a historic way by founding Native corporations. That was a complete departure from the way Native tribes in the Lower 48 settled land claims by forming reservations, Worl said.

“ANCSA is a very different creature than reservations, “Worl said. “I know Alaskans hear a lot about Native corporations but they might not always understand the history of ANCSA, or how corporations work.”

The lectures will be held from 12-1 pm in the 4th floor boardroom at Sealaska Plaza in Juneau. The series was sponsored by McDowell Group and Kathy Ruddy of Juneau. Attendees are invited to bring their own lunches.

The Central Council of Tlingit and Haida Indians and Sealaska Corporation also will sponsor a noon luncheon on Wednesday, Nov. 16, to recognize the initial Sealaska Board of Directors and Emil Notti, Chair of the Alaska Federation of Natives when Alaska Natives were pursuing the settlement of their aboriginal land claims. 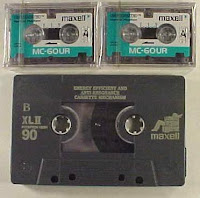 Sealaska Heritage Institute (SHI) has received a federal grant to research and migrate old Tlingit language recordings to a format that will make them more accessible to modern-day Native language students and scholars.


The $150,000, two-year grant from the Institute of Museum and Library Services will allow SHI to migrate more than one hundred recordings of people speaking Tlingit from an old format to a digital format, said SHI Archivist Zachary Jones. Recordings with the potential to aid language students and educators will be placed online.

The oldest Tlingit recordings date to the early 1900s, and historic Tlingit recordings from that era will undergo a review. SHI will contract fluent Tlingit speakers to listen to the recordings and provide detailed information on topics such as traditional ecological knowledge and Tlingit history.

“It will help document the content of them in great detail right down to the clan or clan-house level if possible,” he said.

The grant also will fund an internship program between the institute and the University of Alaska Southeast, allowing undergraduate students studying Tlingit language to become involved in this language orientated project. And, it will establish a sharing partnership with the University of Alaska Fairbanks’ Alaska Native Language Archive, meaning the organizations will donate copies of some materials in their archives to each other.

The accomplishment list of ANB and ANS is long, but some of the main accomplishments credited to the organizations are: voting rights for Alaska Natives prior to the Citizenship Act of 1924, civil rights reform such as the Anti-Discrimination Act of 1945, land claims extinguishment efforts leading to ANCSA, and societal reform such as improvement of health care, education, and other social safety nets for Alaska Natives.

According to the international library catalog WorldCat.org, Sealaska Heritage Institute (SHI) contains the largest collection of ANB records in the world. These papers are open to the public for research and educational purposes. While SHI contains few historical ANS records, SHI hopes in the future ANS donors will contribute their historic papers to SHI to better preserve ANS and ANB’s histories. 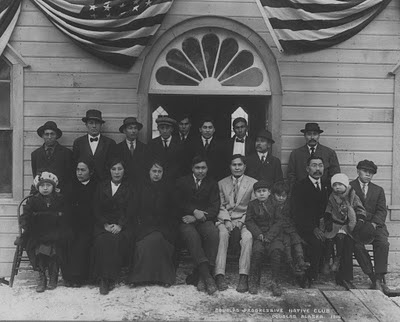 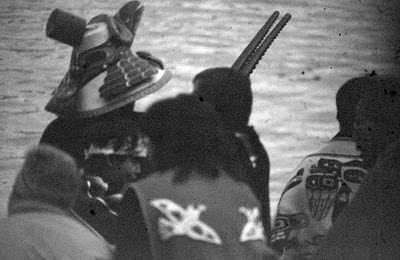 Sealaska Heritage Institute (SHI) recently received a small but important photograph collection documenting a peaceful subsistence protest undertaken by the Tlingit community of Hoonah in 1992. The twenty-one photographs received by SHI, donated by protest participant and photographer Misty Jack of Hoonah, document the May protest carried out at Glacier Bay National Park and Preserve by the Hoonah Tlingit concerning the infringed rights of the Tlingit to engage in subsistence gathering and fishing within Park boundaries. The Park currently limits, regulates, and forbids certain subsistence activities in the Park by the Tlingit of Hoonah.

The area known today as Glacier Bay National Park and Preserve has been inhabited by the Tlingit people for thousands of years according to archeological evidence and oral history. The Tlingit of nearby Hoonah have historically managed the water and land’s resources and wildlife with balance and harmony for thousands of years. However, in 1925 areas of the current Park were made a National Monument, and in 1980 it was made a National Park and Preserve. Since these enactments, the Tlingit of Hoonah have lost further control and access to the lands and waters in Glacier Bay, and federal laws restricted and/or forbade traditional subsistence practices.

Over the winter of 1991-92 meetings were held in Hoonah, with leaders of each traditional clan house serving on a committee to discuss the issue. After long and careful discussion, the clan house leaders of Hoonah felt it was best to engage in a peaceful demonstration within Glacier Bay.

In May 1992 the Tlingit clans and people of Hoonah boarded a number of boats that sailed into Glacier Bay. The boats put ashore and held a number of ceremonies connected to the Hoonah Tlingit’s history and ownership of the land. Those of the Raven moiety conducted part of the ceremony, and those of the Eagle moiety conducted other portions, in accordance with traditional culture and to ensure balance. Important and historic regalia and totem poles were brought into Glacier Bay for this event, and used in ceremony. Tlingit elders from Hoonah gave speeches on the history of their people and subsistence in Glacier Bay. At the conclusion of this ceremony, the people of Hoonah peacefully engaged in subsistence practices according to historic and cultural practice.

While this topic requires additional research, those who participated in the event stated that federal officials felt it was best to not interfere with the Hoonah Tlingit during their peaceful protest in May 1992.

While the issue of subsistence remains unresolved for the Tlingit of Hoonah today, and their right to engage in subsistence activities in Glacier Bay National Park and Preserve is still regulated and in some situations forbidden, this peaceful demonstration captures the values of a people and community as they work to challenge the federal government’s ownership and management of Tlingit land. 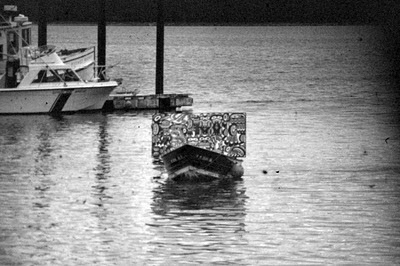