Applications for the 2010 Juried Art Show and Competition and the Native Artist Market are available online. Both events will be held during Celebration 2010. 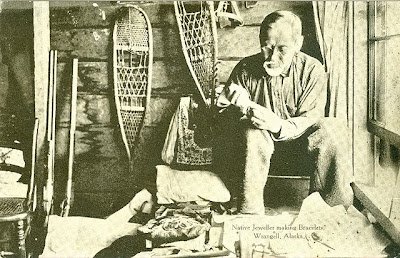 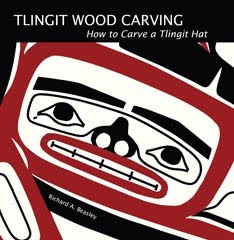 Sealaska Heritage Institute (SHI) has released a series of books that reveal how to carve Tlingit objects in its ongoing effort to perpetuate Native art forms.

The books are unique because the projects are broken down into detailed steps and each step includes a color photo, said SHI President Rosita Worl, noting the series will be invaluable to students who don’t have access to a teacher.

“I think an aspiring artist is going to be able to take this book and go through the step-by-step process and produce a good quality object,” said Worl, noting teachers also may use the series as a curriculum.

“I haven’t seen anything out there that is a step-by-step--that will give you all the hints, the tricks, the secrets,” said Beasley. “And I’m willing to share them with everybody.”

Traditionally, aspiring artists apprenticed with master carvers to learn the techniques, and that is still the best method. However, many aspiring artists do not have access to teachers, and only a few tribal members are producing museum-quality pieces these days, said Beasley, noting that is one of the reasons he felt called to write the books.

“What I’m worried about is that this will be eventually lost, and then it will have to be picked up and reinterpreted, and we don’t want to pass that hurdle onto our future generations. We want to leave a blueprint that the future generations can look at and it will give them a visual step-by-step on what to do and what not to do. And, I’m real excited for that,” said Beasley, adding the series is his attempt to preserve cultural knowledge visually.

That concern for the loss of traditional Native art forms that have evolved over thousands of years is the reason why Sealaska Heritage Institute sponsors art programs and why it produced the books, Worl said.

The projects were documented over three years through a federal grant from the Administration for Native Americans. Most of the photos were taken by the well-known Juneau photographer Mark Kelley. Each project is preceded by an historical overview written by former SHI Ethnologist Kathy Miller. Worl wrote the foreword for the books, which were edited and designed by Kathy Dye. The books are available in paperback through Sealaska Heritage Institute and Amazon. The institute opted to print the books through CreateSpace—a print-on-demand service—to eliminate the upfront cost of purchasing large inventories of books and the cost of storing them.