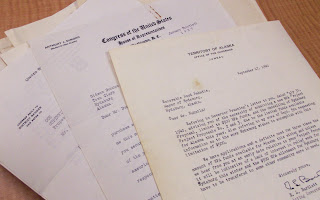 An anthropologist who studied the City of Hydaburg and the Haida history and culture there has donated his field work and doctoral papers to Sealaska Heritage Institute (SHI).

Dan Vaughan, Ph.D., spent a decade working in Hydaburg on Prince of Wales Island as a cultural anthropologist for the University of Washington from 1974 to 1984. During that time, he also did work on his dissertation, which was a study of the Haida people in Hydaburg reaching back two-hundred years.

The collection has important research value because it documents decisions people in Hydaburg have made over the last century, said SHI’s Archivist and Collections Manager Zachary Jones.

“These are administrative, political, and even cultural decisions,” Jones said. “There’s a great deal of genealogical data as well, which may well serve people interested in learning more about their family history from Hydaburg or just the general history and culture of the people from Hydaburg.”

The collection includes written documents, such as correspondence and meeting minutes, from Hydaburg dating to the 1920s plus photographs and field work recordings made by Vaughan as he interviewed people. He also recorded people singing and speaking in Haida.

Vaughan donated the collection to SHI because he wanted it to go to an organization that represents Alaska Natives, Jones said.

“He saw a place where he felt they could be cared for appropriately which could service the people of Hydaburg or those interested in that area,” Jones said.

SHI’s collections facility is open to the public and located at Sealaska Plaza in Juneau. The institute employs a full-time staff to care for collections and assist researchers studying Tlingit, Haida, and Tsimshian cultures. 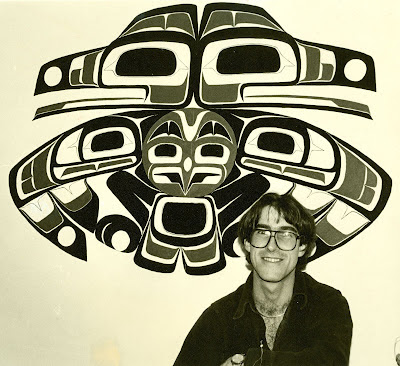 Photo credit: Photo of Dan Vaughan in Southeast Alaska, circa 1977, from the Dan Vaughan Collection