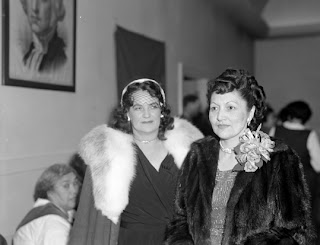 Every February 16th the state holiday of Elizabeth Peratrovich Day is observed because of the Civil Rights actions of Elizabeth W. Peratrovich (1911-1958), Tlingit Indian and civic leader from Southeast Alaska. The day is connected to the February 16, 1945 signing of the Anti-Discrimination Act, an Alaskan territorial bill passed which made it illegal to discriminate against individuals because of race.
While many Alaska Natives engaged in Civil and Human Rights actions prior to the Anti-Discrimination Act of 1945 and the holiday commemorates all Alaska Natives involved in the Civil Rights crusade, for many the holiday’s focus centers on Peratrovich’s impassioned speech before the territorial legislature which swayed legislators to vote in favor of passing the Anti-Discrimination Act. 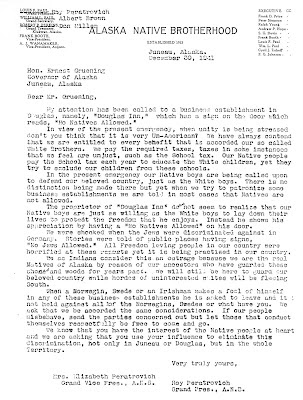